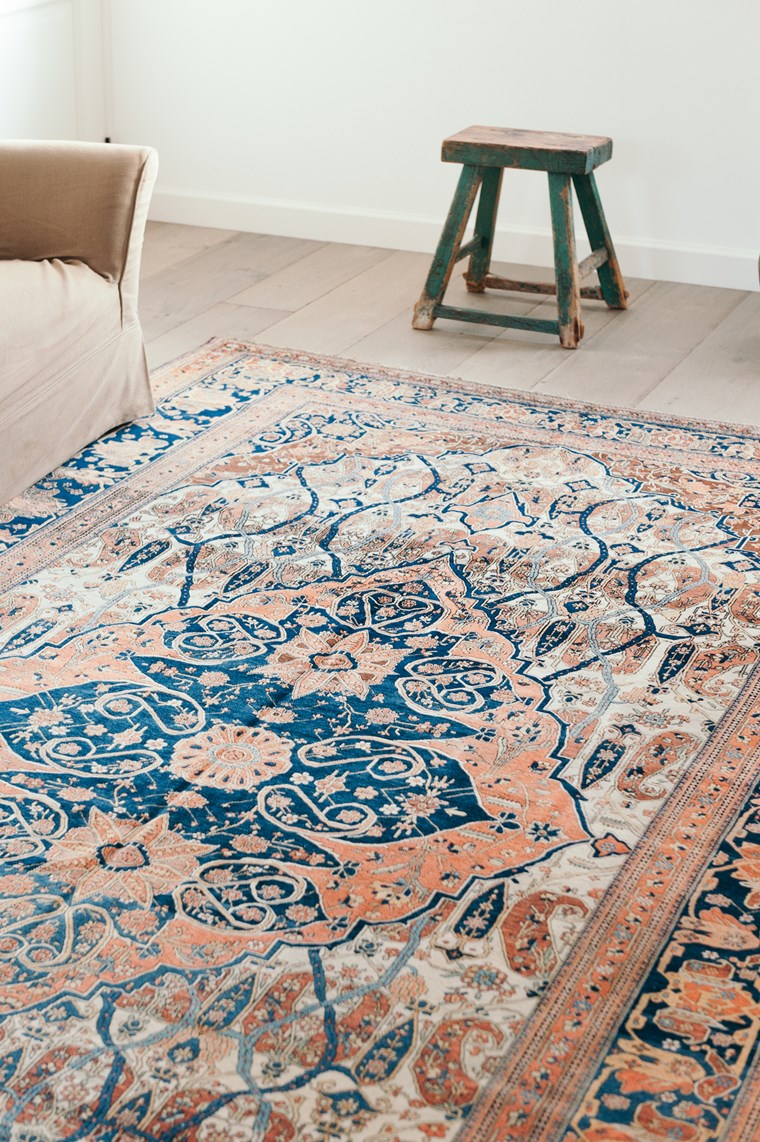 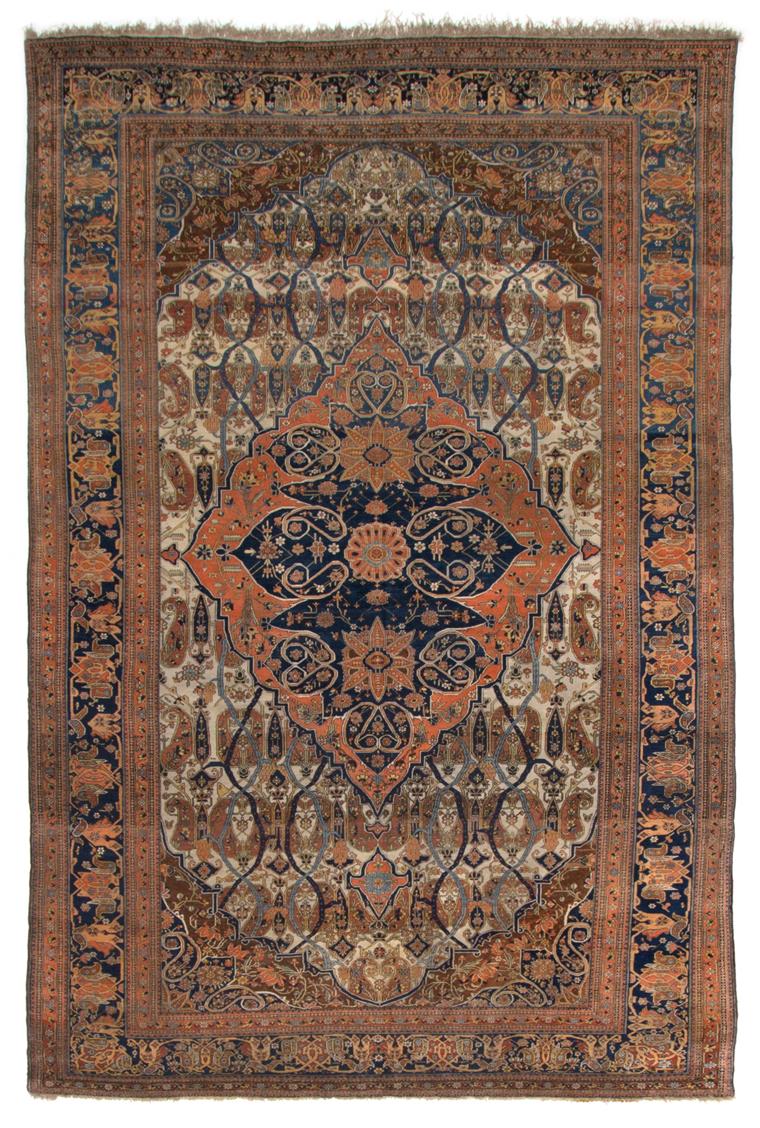 A Kashan Mohtashem. The most presigious production ever made in this ancient Persian city. Kashan is a city in North Central Iran. We know that there was production of Persian Carpet at Royal workshops in the 17th and early 18th century. Many authors attribute Persian Rugs and Carpet to Kashan in the 16th century particularly of the so-called small silk Kashan Persian Carpet group. That is a leap of faith not nessasarily supported by any published evidence I can see. The Persian Carpet workshops ceased production in about 1722 after the Afghan invasion. Persian Carpet production was very minor until the 20th century. Historically Kashan was a major center in the garment trade. In the late 19th century the market shifted and the local industry went from fine wool cloth to fine wool carpets. From the mid-19th to the early 20th century the finest quality rugs from Kashan were called Mohtashem and said to be from the workshop of "Mohtashem". Today it is generally assumed that Mohtashem is an indication of fine Kerman workshop production rather than a firm attribution. However with the existence of some signed Mohtashem rugs it is certain that the workshop existed. The early Kashans were made with Manchester wool and are softer, The change occurred in the 1930s. (ex: JBOC's notes on Oriental Rugs)