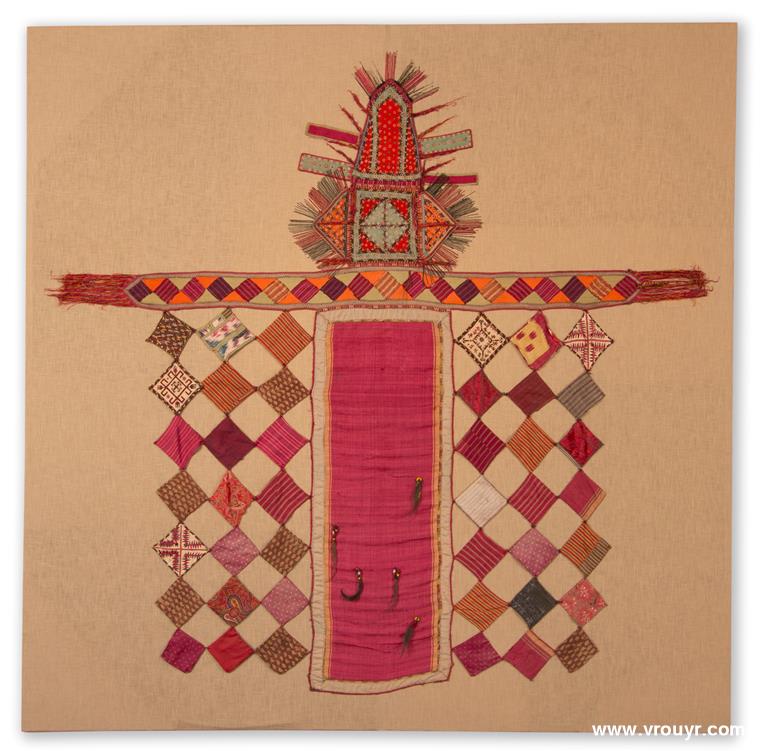 This camel neck and head cover is used for weddings and other festive occasions. Many talismans ornate the cover, a.o. some horse hair. Silk and cotton