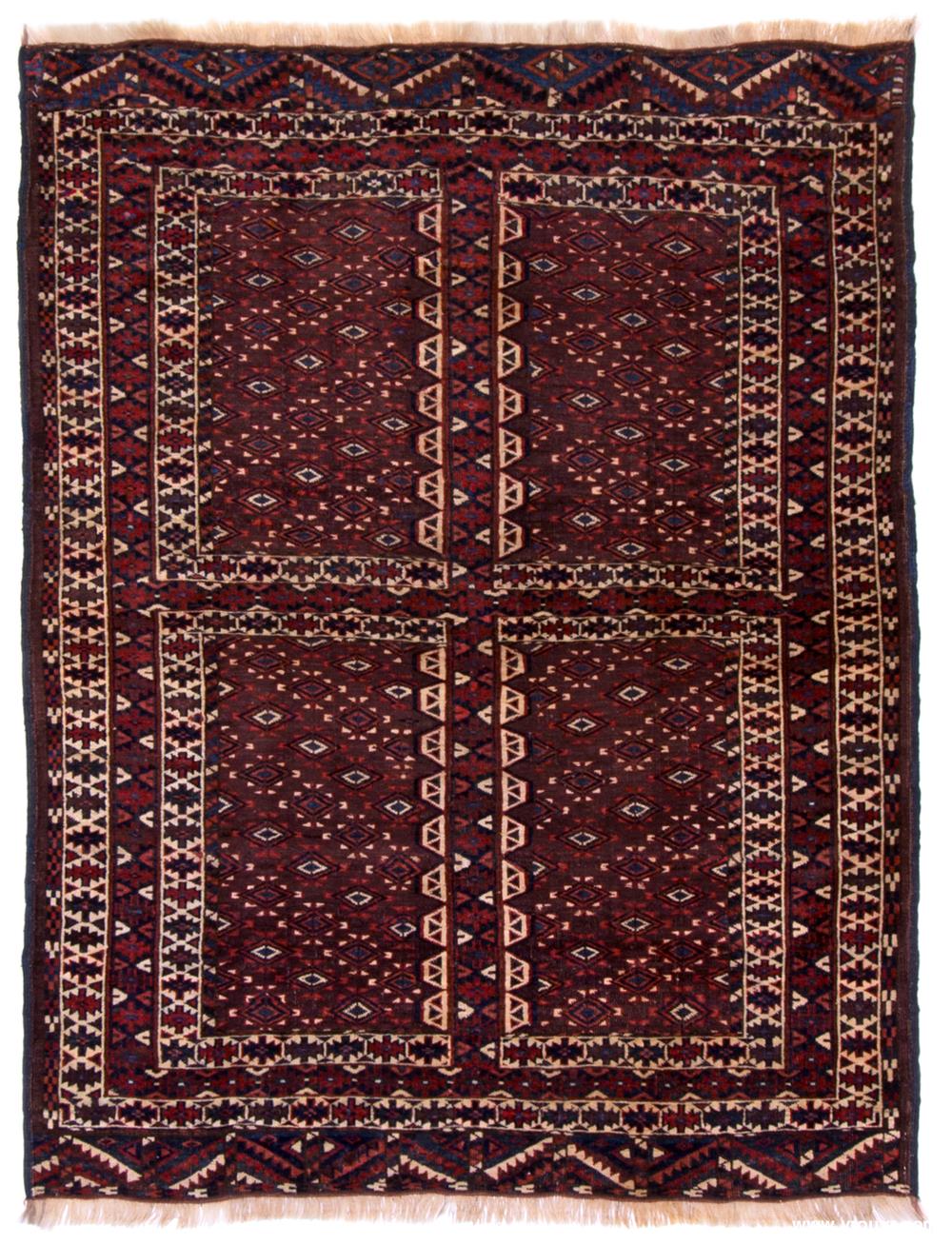 The usual "cross" Hatchloo or Ensi structure. Turkoman Yomud from Khorassan (NE Iran).
Turcoman are presumably descendants of Oghuz Khan, grandson of Japheth. Around 2000 years ago Turcoman tribes left the Asiatic plains and come towards Central Asia, and later found their way to Persia, Syria and Anatolia, where people call them Oghuz Turks.
There are about 20 main tribes which were often isolated and continuously in open revolt against the establishment and local governments. Still, they very seldom succeeded in becoming independent, except for the Kara Koyunlu (Blacksheep) and Ak Koyunlu (Whitesheep)who founded dynasties in the 14th and 15th century, And played an important part in the political landscape of the area. Unfortunately not very much documents remained about their cultural and political structures. The main source is Genealogy by Abdul Ghazi (1660).
Till today the main activity is cattle breeding.