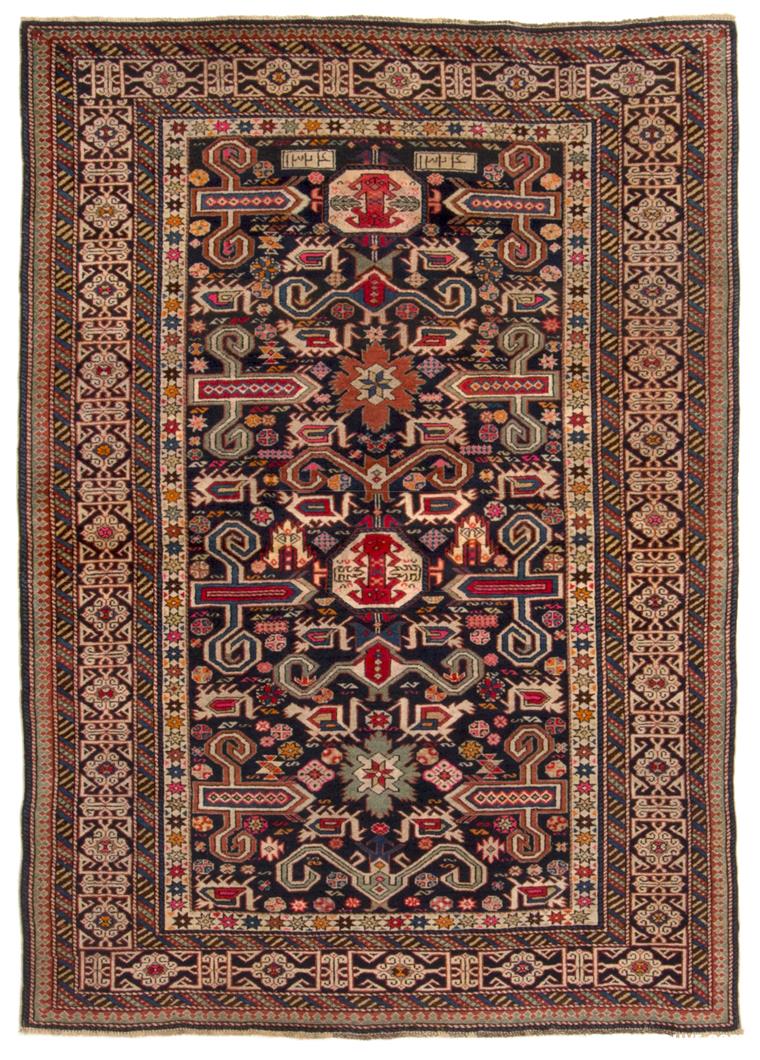 Dated 1908
Caucasian rugs come from Armenia, Georgia and Azerbaïdjan.
The weavers had an excellent reputation. In the 16th century, Shah Abbas forced about 27.000 Armenian families to move to his new capital Isfahan.
They largely contributed to the making of the most glamourous rugs produced in the royal manufactures.