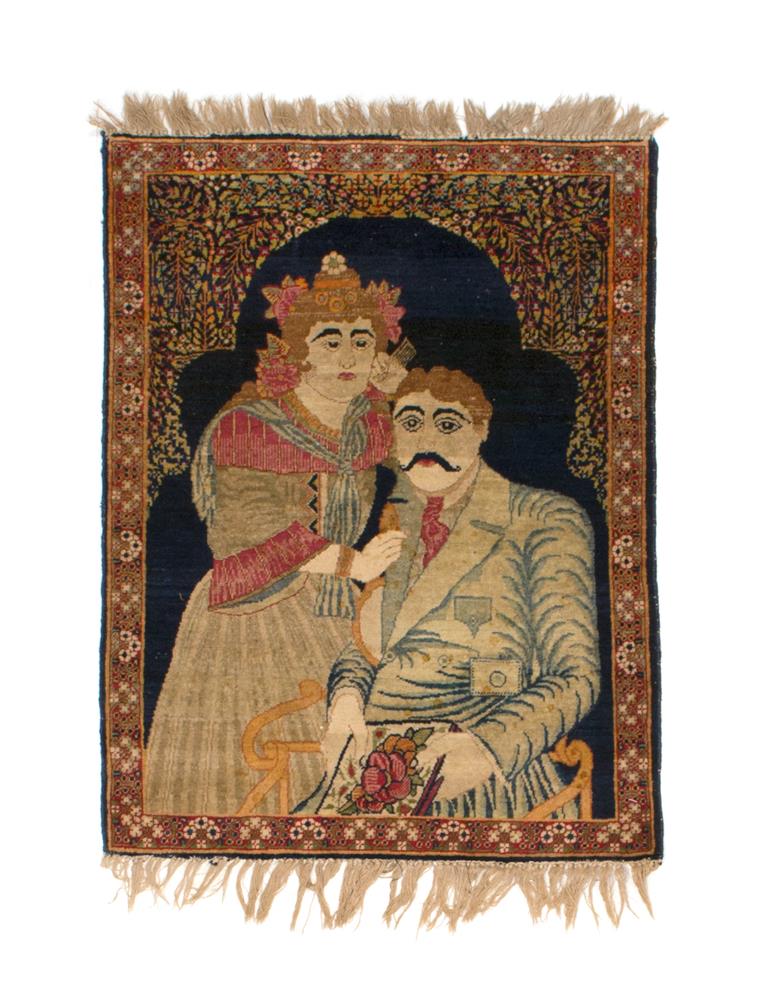 Kerman has a very rich past. It was on the road of the caravans along the border of the dasht-é-Lut desert and has sheltered the persecuted Zorastrians. Kerman, rather difficult to reach in those days, escaped destruction by the Mongolian invaders. At the end of the Safavid era (beginning 18th century) , the town managed to also avert the Afghan destructive attacks, that had causes the downfall of most of the other Persian cities. But in 1794 the decline of the Zand dynasty and wars to conquer the throne destroyed most of Kerman. It lasted about one century before rug-weaving became an important activity again.

In as far as oriental rugs are concerned, Kerman has always played a very prominent part. Very sophisticated and refined flower patterns contributed to the reputation of both Lavar (a nearby city) and Kerman
in Persia and abroad.
Turkish-speaking dealers from Tabriz very much promoted the export towards the West. Many goods from Persian we collected in Tabriz, the reached western countries via Trabzon and Constantinople.
Western companies opened offices all over the country. The first one to come to Kerman was Eastern Rug and trading Company of New York (later taken over by Fritz and Larue).
They deeply influenced the trade. A school of designers was working very actively in and around Kerman and knew how to respond to the expectations of the European and American demand.