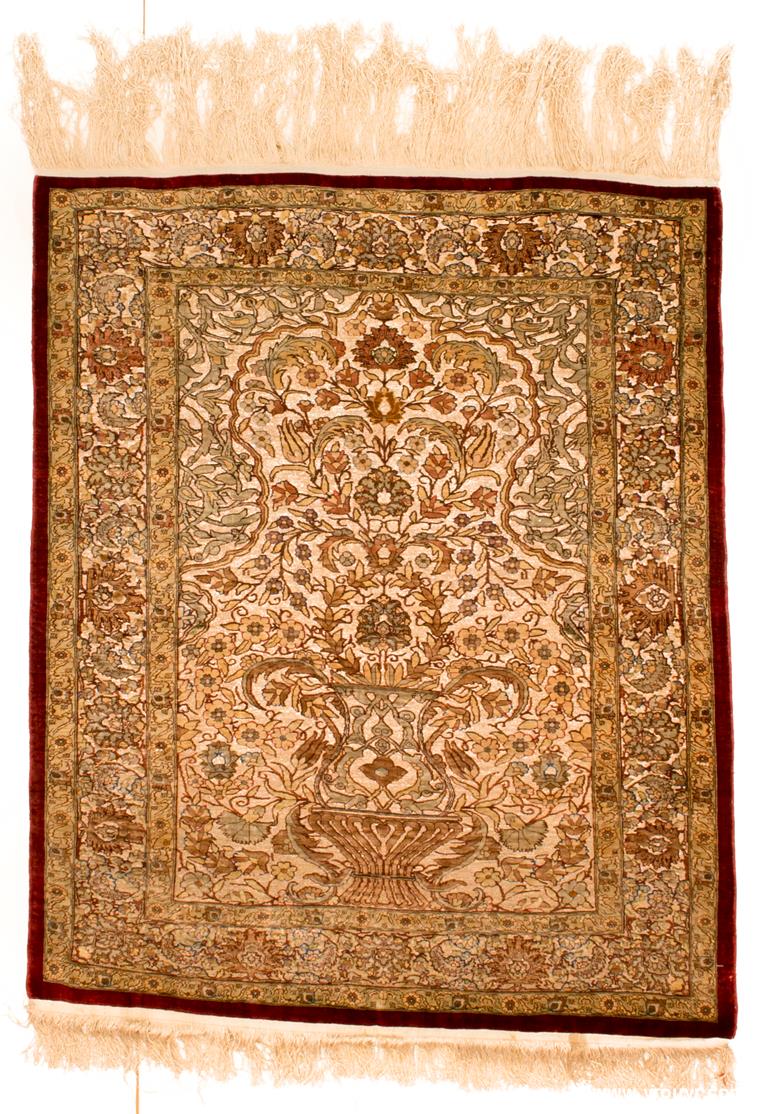 silk on a woven background with gold thread
It is usually accepted that the name Anatolia stands for the peninsula of Turkey, west of a line that could be drawn from Iskenderun to Trabzon, excepting what is now commonly called “Turkish Armenia”.
During the 15th century Turcoman tribes invaded and settled down in Persia and Anatolia, deeply influencing the world of carpet-handicraft.
The first Anatolian of those rugs where brought to Europe by Venetian and Genovese dealers who travelled East.
But more impressive carpet productions in the Ottoman and Safavid Empire developed almost simultaneously from the 16th century onwards. Next to village handicraft important manufacturers acquired  a very prestigious reputation. Not only would Persia and the Ottomans be opposed in a geo-political and religious (Sunni  Shiites) confrontation, some kind of cultural duel would become part of it.