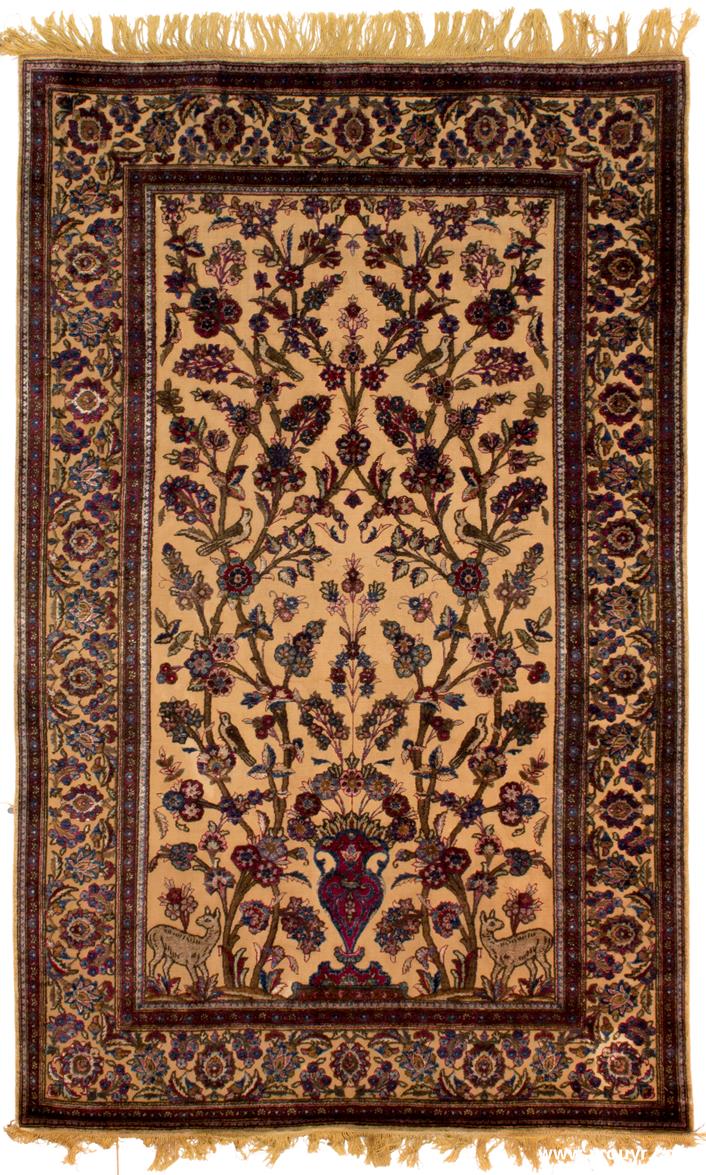 A classical Keshan: the background is woven and the patterns are knotted in silk.