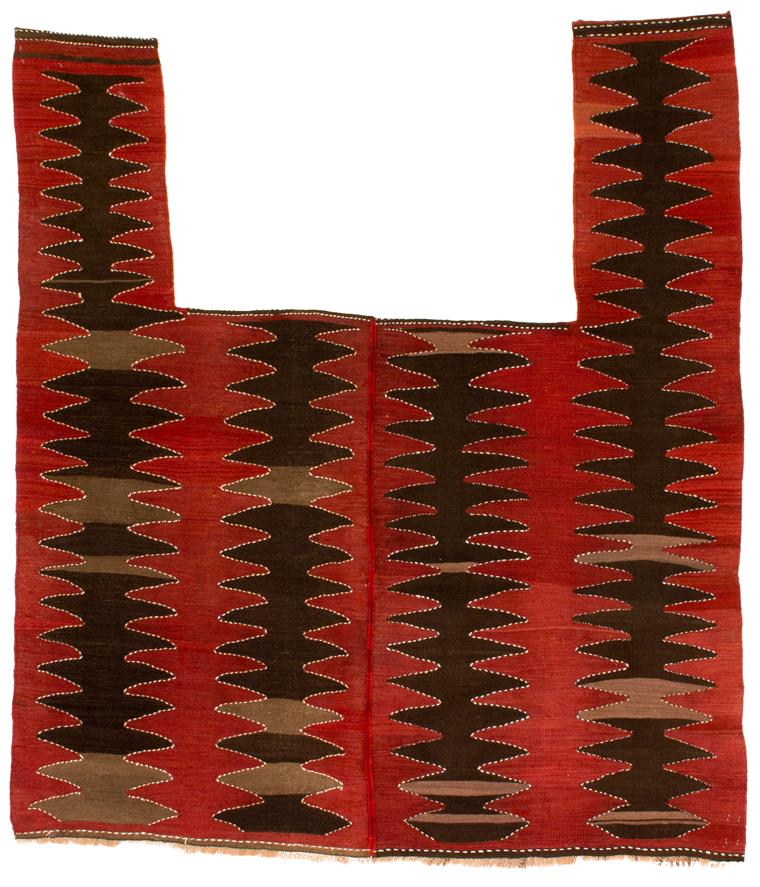 Karadagh (or Asbaran) is an area in NW Iran, in the upper part of province Azerbaïdjian where Turkish tribes settled down in the beginning of the 19th century. It became a khanate with its capital Ahar. It is a small community living in high mountains, restricted in number and often forgotten when Iranian tribes are described.
fine flatweave