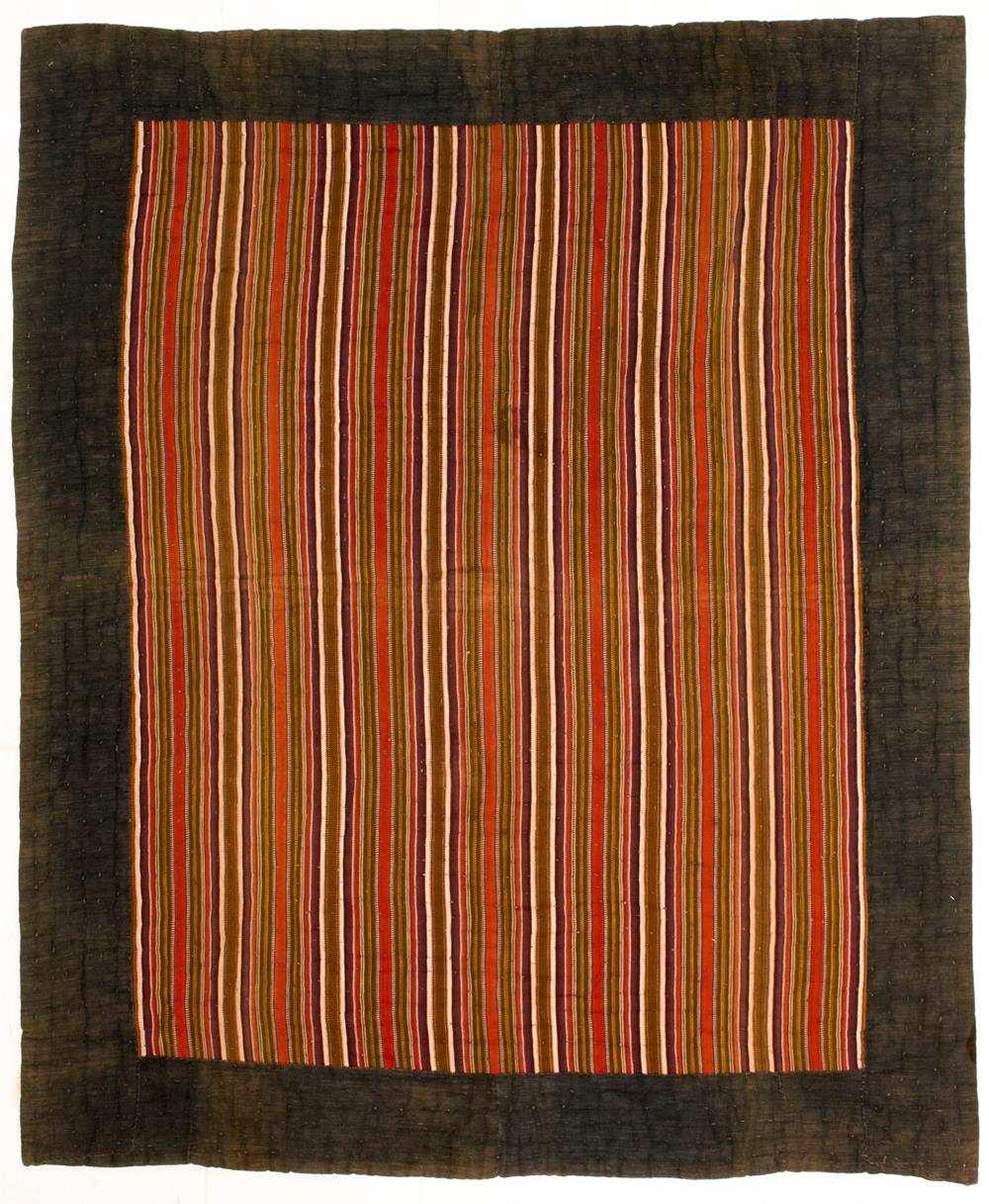 This Jajim has been lined to become a soft matress or warm cover.
Jajims were traditionally woven on horizontal looms, nowadays they are also made on vertical looms.
The warps are stopped by a cylinder at the extremities and are gathered per colour.
The wefts are then pulled through and tightened with a metal comb.
The density of warps is higher than the wefts.
The most simple jajim shows very simple lines, some wider than others, in plain colours. The weaver has chosen these colours by putting his warps on the loom. The less numerous wefts are invisible.

The strips are rarely wider than 50 cm but can reach a length of 10m.
Once the bands are completed, they will be cut to be put together to form a wide square or rectangle textile.