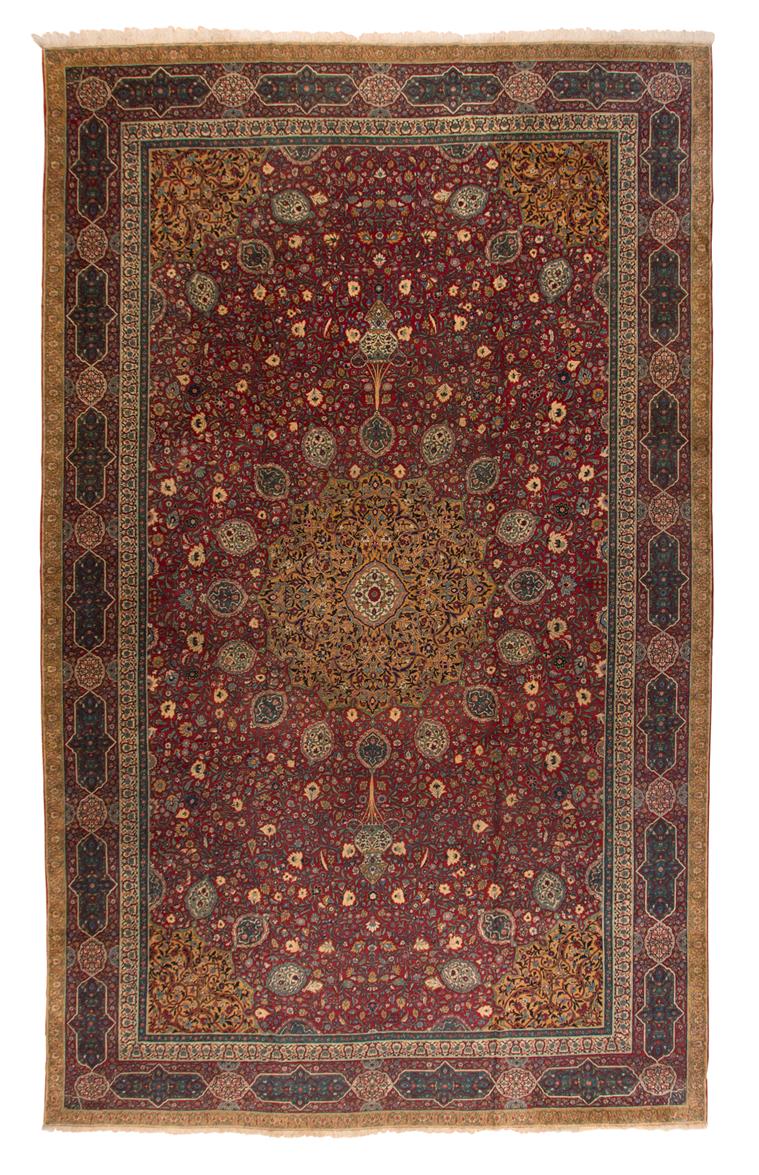 A classical pattern similar to the famed "Sheikh Safi" an important rug of the 16th century  (also called "Holy Carpet of Ardabil") that was found and bought by Ziegler company from Manchester and is now displayed in London at the Victoria and Albert Museum.
This piece was knotted in Tabriz around the beginning of the 20th century.

Tabriz is the capital of the Iranian province of Azerbaïdjan. It has a rich past going back to the Sassanids and played an important political part in the history of Persia. It has built a reputation for rugs and textiles since the rise of the Safavids and the city has produced many master weavers, designers and workshops. Western companies had their offices in Tabriz. In the 19th century the rug trade was very active between Tabriz and Trabzond, the harbor that was closest for export to Europe and the United States .This area still offers a wide range of qualities and designs.