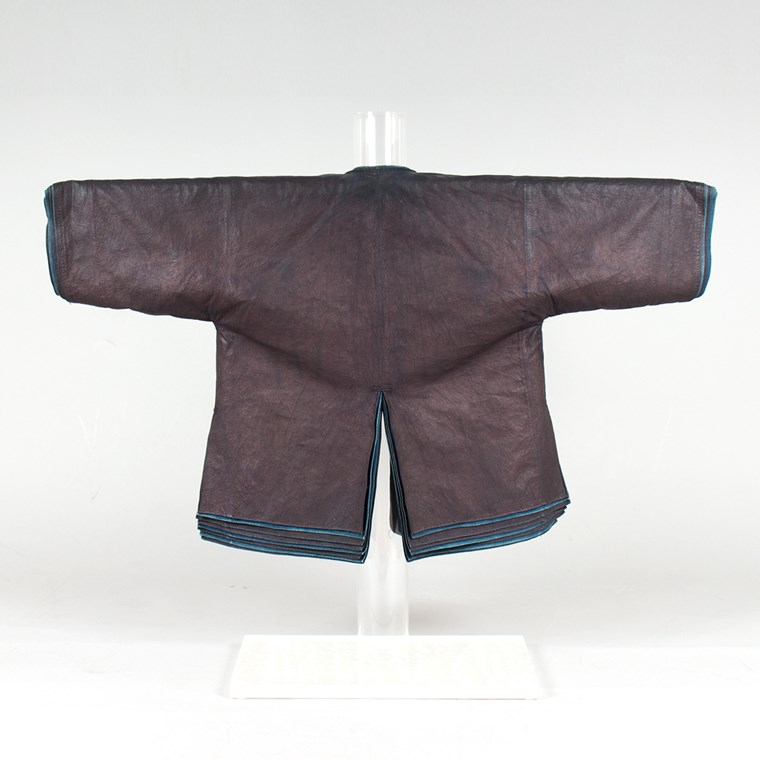 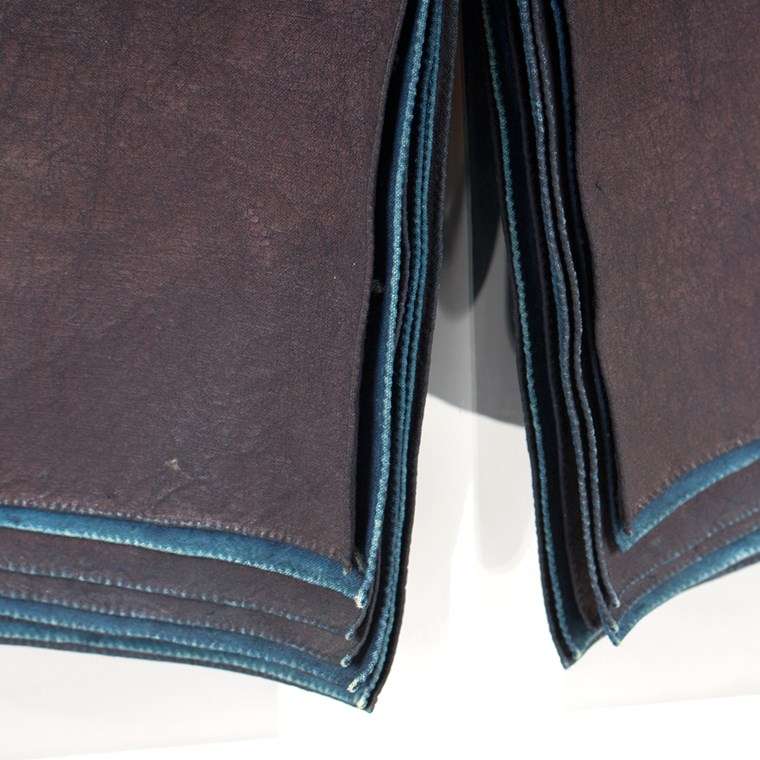 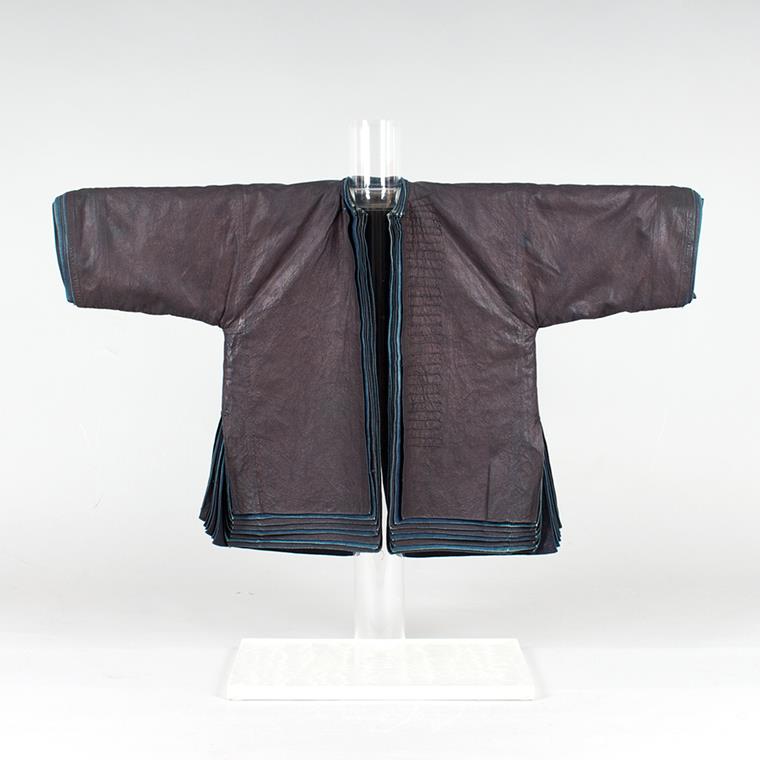 The Chinese minorities are discerned by their endless variation of textiles in striking colours. The Miao, an ethnic minority of approximately ten million people, live in the south eastern provinces Yunan, Hunan and Guizhou. They came from the North of China, but purchased by hostile neighbours they ought to flee their place of origin. They found refuge in high mountains and remote little villages. A part of them moved to Vietnam, Laos and Thailand where they were known as H’mong. The Miao speak a Sino-Tibetan language that was split up in different dialects. Considering the isolation in which the Miao lived, their traditions and customs (and thus their textiles too) are quite diversified Aprons, coats, head covers, decorative panels and different kinds of blankets are executed in different techniques: embroidery, chain stich, or patching different pieces of cloth to create a fascinating asymmetric kaleidoscope. Miao: indigo weaves The weaving of clothes is mainly done by the women. Indigo is very much used in the south eastern provinces of China. Indigo (Strobilanthes Cusia, Indigofera Tinctoria, and Polygonia Tinctoria) is dissolved in a big jar. The cloths that were dipped in the indigo are hung to dry in the open air and the greenish colour will finally become blue. The dye baths are repeated until the wanted colour shade is obtained. Many stories go around on the possible used techniques to obtain a suited sheen for the textiles. Some pretend that the indigo dyes should be plunged into a mixture of soy, beans or red peppers. The textiles should then dry and be folded to beat them with a wooden hammer. At last all shall be wrapped in a cloth and steamed. The ultimate treatment to achieve perfection, would be a long bath of walnut tree leaves. Others pretend that the undyed cloth should first be prepared in a decoction of buffalo skin and tendon before dipping it in the indigo bath. Some villagers claim that adding some pork blood adds a subtle and warm lustre to the blue dye. Considering the diversity of preparations, one could ask himself if the wrong information is being passed around to mislead those who would like to learn the secrets of the Miao. Miao: traditional garments The Chinese Nationalism imposed around 1930 a politic of assimilation, where utter characteristics of the ethnic minorities should be banished. The idea was to create a homogeneous national image, based on the Han model. After some years however, the cultural resources of ethnic minorities were recognized and reinstated. A few years after the foundation of the People’s Republic of China, the Miao (1954) were recognized as carriers of a unique cultural legacy with their own religious traditions. Around that time, the Miao, that slowly by slowly left their isolation, got influenced by other cultures. The Cultural Revolution (end of the ’60) attempted another time to make the different ways of dressing disappear but the Miao, dwelling in inhospitable regions, seemed less affected by these measures. Although the women were still much attached to their traditional costumes, the men are tempted to dress in a more western or Han style. The local festivities are the perfect occasion to show off the richness of their folkloristic costumes. The handicraft is nevertheless disappearing because since the young women are going to school, no time is left for the labour-intensive techniques.