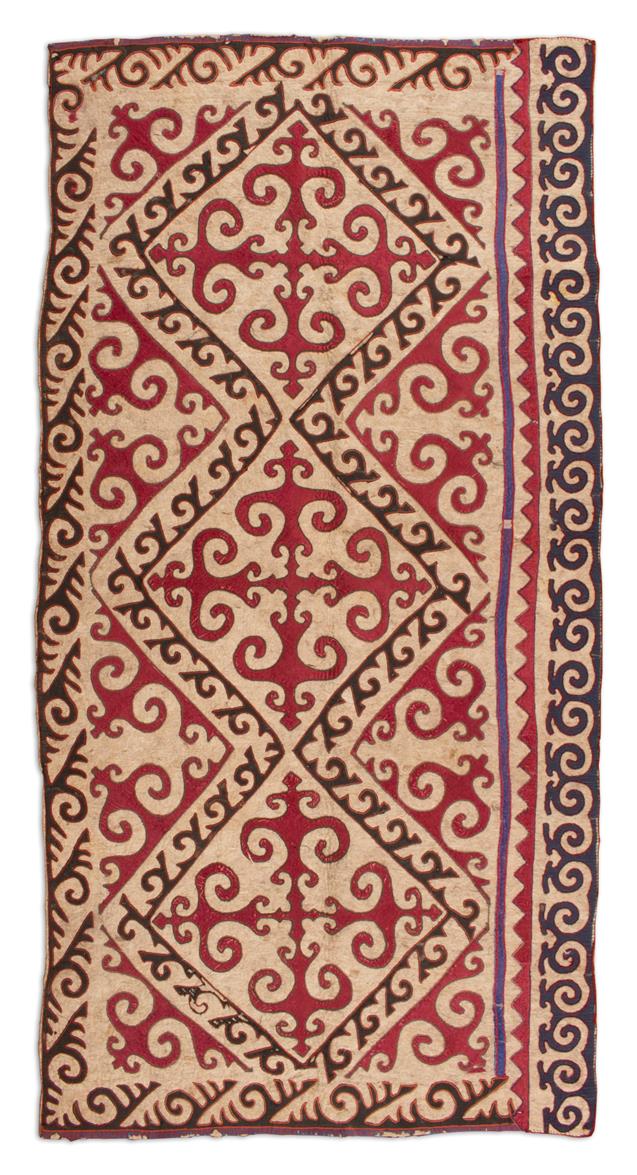 The Kirghiz are nomads living in the mountains between East Turkestan and Turkmenistan. It seems they started making rugs recently, probably in the 19th century as they were influenced by the surrounding Turcoman tribes.
The production was very limited and was not a commercialized export item.
Till the mid-20th century, some Russian traders would consider them to be ‘some kind of Caucasian rug’. The western influence was hardly noticeable as the rugs were to be sold on the local marketplaces.
If not all, most of the pieces are recognizable by sober patterns and deep red and dark blue dyes.

Felt is a fabric of matted, compressed fibres, such as wool or fur. They are first wetted then either trampled or tightly tied together. In Mongolia or eastern China the wet felt  is sometimes tied around a tree and a horse pulls the ropes. It is a flexible, easy and fast process. Not only used as floorcovering and insulation but also to make hats or boots. In order to make patterns, dyed wool can be pressed into the main layer. Sometimes small pieces of coloured cloth is sewn on top of the felt.