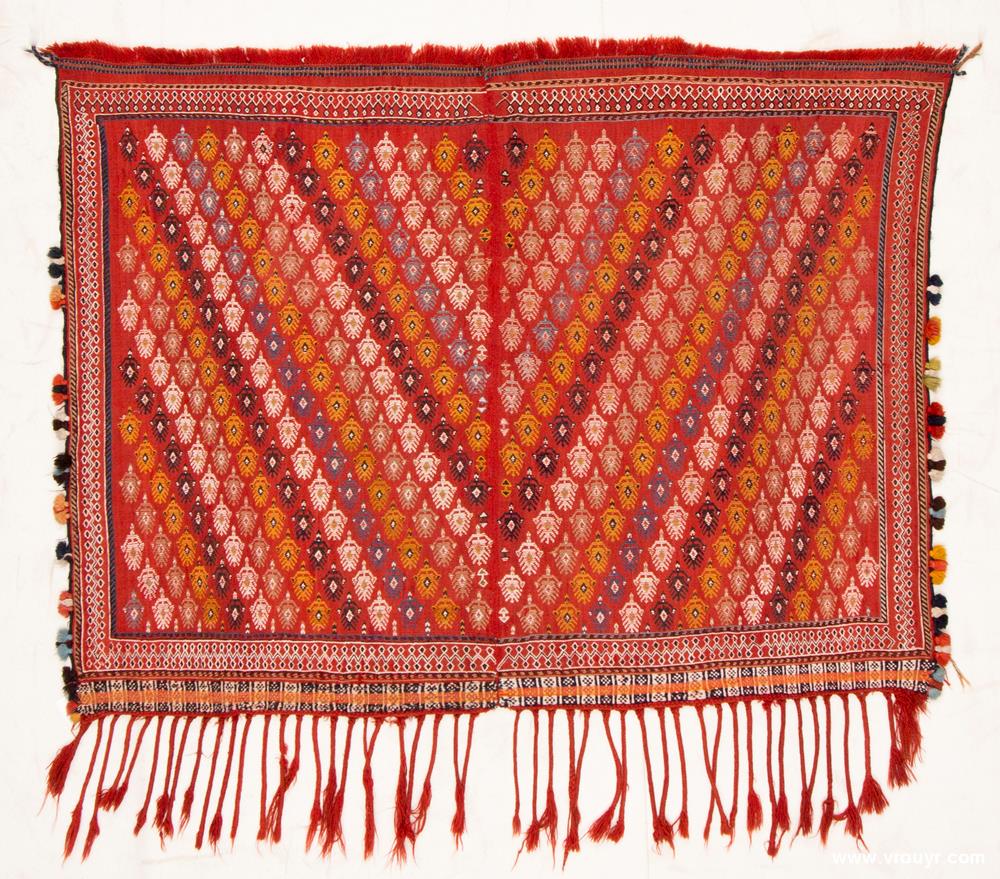 Horsecover from the Qash'qay, southern Iran
The central power in Persia was always depending on political agreements between the confederated tribes.
Khamseh, Afshari, Baluchi Bakhtiari, Turkoman were often sharing or fighting to get the leading part.
Qashqay, mostly nomads, constituted one of those strong confederations. They resided in Southern Iran, Fars and Kuzistan, but originally came from the North as they were Turkish tribes which had left Central Asia from the XIth century on. This explains why they make their rugs with a Turkish knot and speak a Turkish language.